Lessons on textile history and fibre durability from a 4,000-year-old Egyptian flax yarn 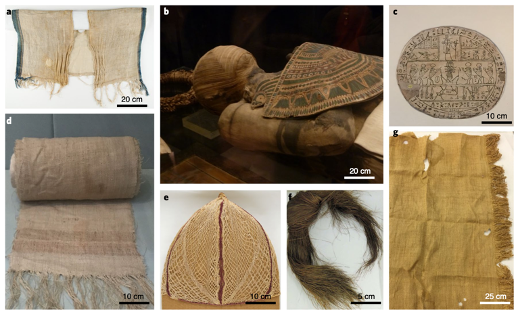 Flax has a long and fascinating history. This plant was domesticated around 8,000 bce1 in the Fertile Crescent area2, first for its seeds and then for its fibres1,3. Although its uses existed long before domestication, residues of flax yarn dated 30,000 years ago have been found in the Caucasus area4. However, Ancient Egypt laid the foundations for the cultivation of flax as a textile fibre crop5. Today flax fibres are used in high-value textiles and in natural actuators6 or reinforcements in composite materials7. Flax is therefore a bridge between ages and civilizations. For several decades, the development of non- or micro-destructive analysis techniques has led to numerous works on the conservation of ancient textiles. Non-destructive methods, such as optical microscopy8 or vibrational techniques9,10, have been largely used to investigate archaeological textiles, principally to evaluate their degradation mechanisms and state of conservation. 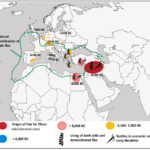 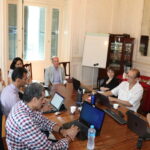 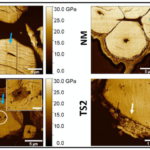 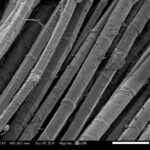 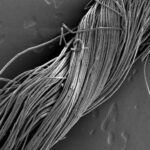